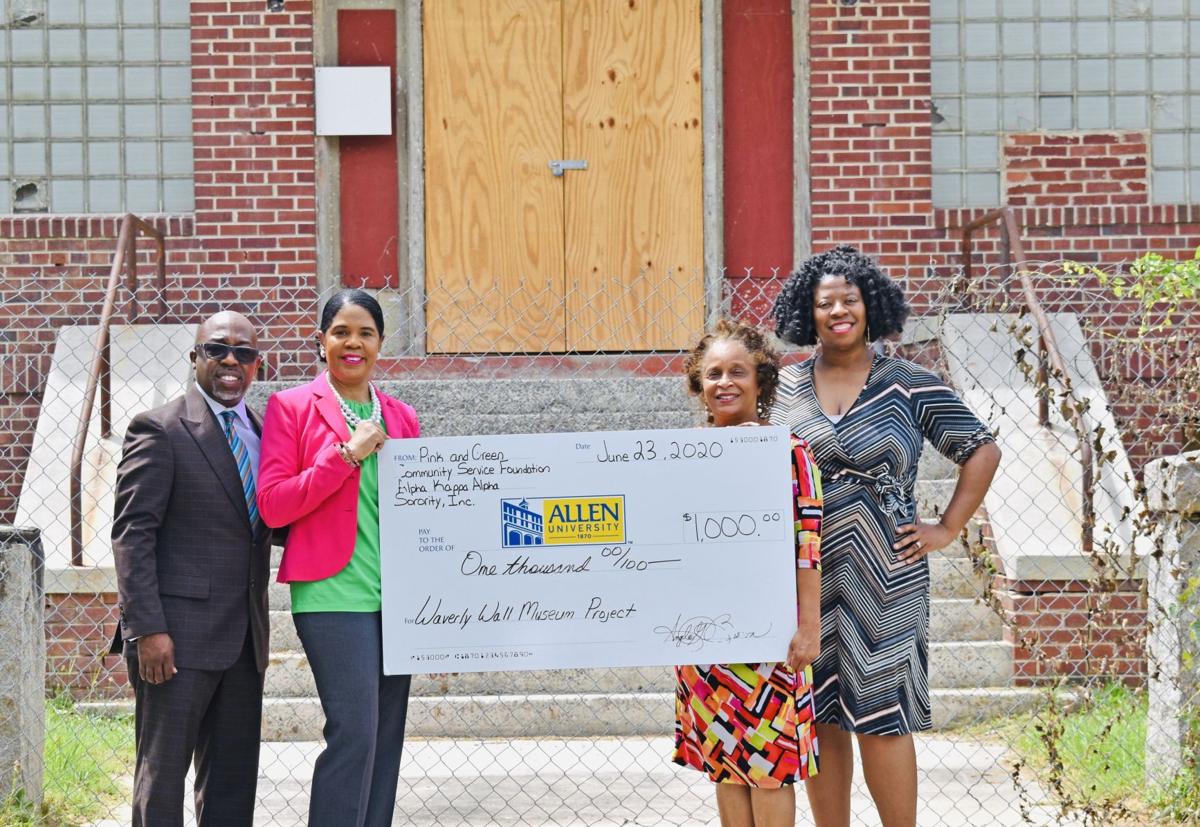 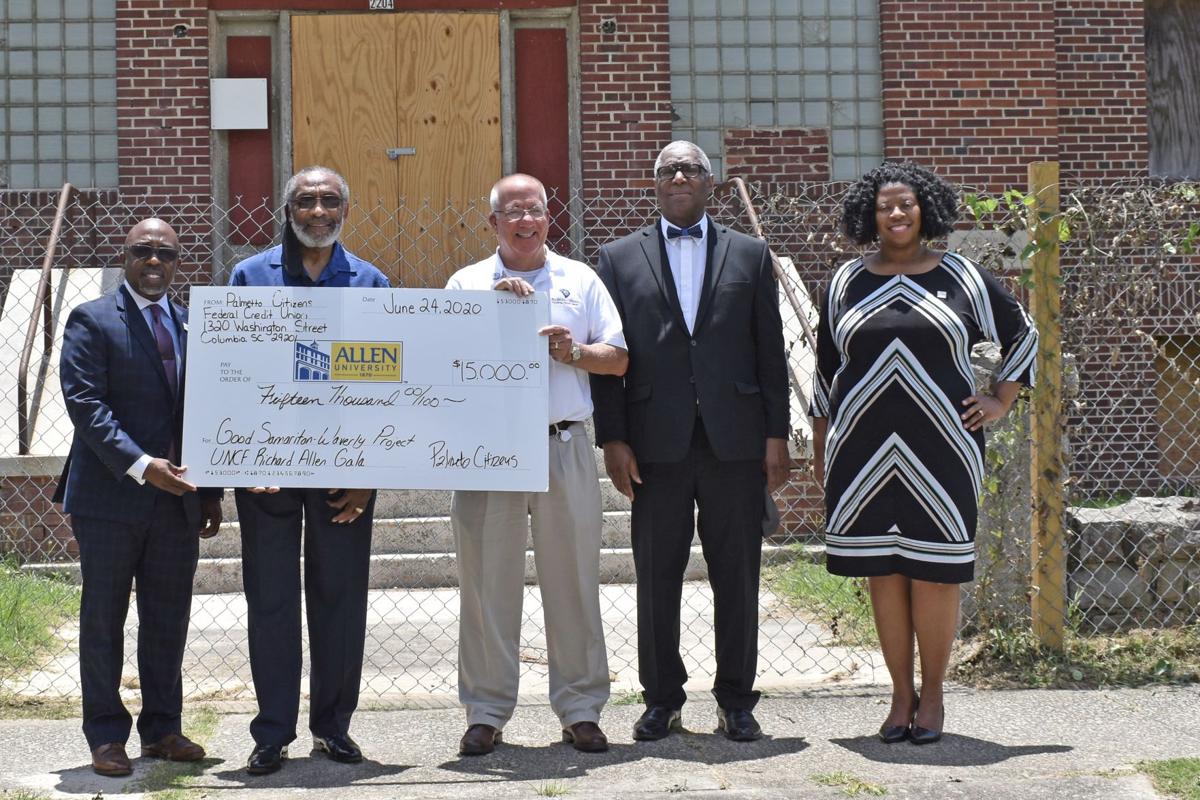 Palmetto Citizens Federal Credit Union of Columbia, S.C. contributed $15,000 to Allen University that will support the Good Samaritan-Waverly Hospital as well as the annual UNCF “A Mind Is…” Scholarship Gala.

“As a community chartered credit union, Palmetto Citizens exists to provide more than just low-cost financial services,” said Nick Wodogaza, president and chief executive officer. “We also look beyond our walls to support many deserving organizations and social causes in our community, and are excited to include Allen University on this list.”

The Gamma Nu Omega Chapter of Alpha Kappa Alpha Sorority contributed $1,000 toward the Waverly Wall Portrait Museum, which is an exhibit that will be included in the Good Samaritan-Waverly Hospital once it is renovated. The contribution came from the sorority’s foundation, the Pink and Green Community Service Foundation.

“We are proud to be the first organization to contribute specifically toward the Waverly Wall Museum Project,” said Angela Brown, president of the Pink and Green Community Service Foundation and vice president of the Gamma Nu Omega Chapter.

“This project is very special to us because it celebrates a historic landmark for the Columbia area. We encourage other organizations to give toward this project that will honor the talented doctors and nurses who provided healthcare to African Americans during the segregation era.”

“We appreciate the continuous support from the Gamma Nu Omega Chapter,” Brunson said. “Known for their philanthropy, the ladies of Alpha Kappa Alpha Sorority, Inc. continues to support HBCUs by giving of their time, talents, and resources.”

The Good Samaritan-Waverly Hospital was in operation from 1952 to 1973. Built as a state-of-the-art medical facility, it was the only training facility exclusively for black nurses in Columbia. The Good Samaritan-Waverly Hospital is listed on the National Register of Historic Places and included among historic sites as recognized by the state of South Carolina and Richland County.

The renovated and expanded hospital will house the Institute on Civility, which will serve as a permanent memorial for the Emanuel Nine, the nine individuals who tragically lost their lives on June 17, 2015 when a gunman entered Mother Emanuel AME Church in Charleston, S.C. It will also house Allen University’s newly approved School of Education, the Dickerson-Green Theological Seminary, and the Waverly Wall Portrait Museum.

“When we learned about the Waverly Project, the history of this facility and the future plans for the space, we were honored to be able to expand our support of Allen University to become a Pioneer Sponsor of this important endeavor,” said Wodogaza. “We look forward to seeing this project to fruition and continuing to work with Allen University in the future.”

The renovations for the Good Samaritan-Waverly Hospital are expected to be completed in April 2021.

“Through this historic project, we will not only honor the past but build a wonderful future,” said Dr. Ernest McNealey, president of Allen University.

“We thank Palmetto Citizens Federal Credit Union and Alpha Kappa Alpha Sorority, Inc. for their contribution and look forward to working with them more in the future.”