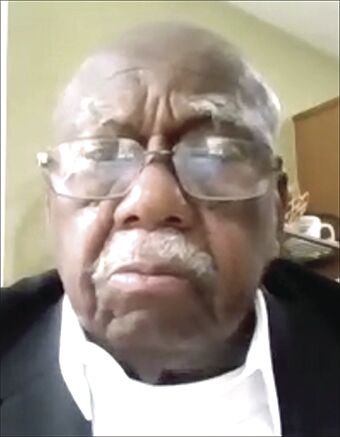 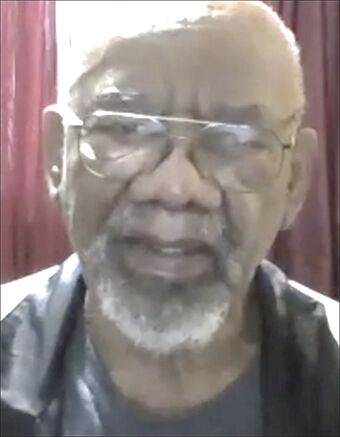 Robert Green was an 18-year-old Army private finishing basic training at Fort Jackson when he boarded a city bus at the Taylor Street USO on Thanksgiving night 1953. One of the 50 soldiers entering the bus at the USO stop sat down on the same bench as a young white woman. When she complained that he was violating the city’s laws and customs of racial segregation, the bus driver hailed the police, who arrested the entire bus of African American soldiers en masse.

The city jailed the soldiers overnight then summarily fined them the equivalent of $15,000—without legal representation. The NAACP action drew national news attention to the case and appealed the sentences, filed a federal civil rights lawsuit, and arranged a nationwide protest campaign to President Eisenhower and the Army. Fort Jackson and the city rapidly agreed to stop prosecuting soldiers for segregation laws.

Mr. Green completed his Army airborne infantry training at Fort Bragg, N.C., and Fort Lee, Va. He returned home and attended Alabama State University where he met his wife. The couple moved to Atlanta, where he served as a mailman in the city center and she taught school. Now retired, he plays bridge at an Atlanta club with Dr. Henrie Monteith Treadwell, one of three students who desegregated the University of South Carolina in 1963. When Mr. Green learned she was from Columbia, he told her his experience. Dr. Treadwell contacted Dr. Bobby Donaldson of the University’s Center for Civil Rights History and Research for additional information. Columbia Municipal Court Senior Clerk Freda Burris located the 1953 court records for the Center.

Charles Person, a student at Morehouse College, joined the first Freedom Ride in 1961 as the youngest of the 13 people traveling to test a U.S. Supreme Court decision outlawing racial segregation in interstate travel terminals and facilities. Already a veteran of Atlanta sit-ins, Mr. Person was 18 years old when the ride started in Washington, D.C., on the Trailways bus. After encountering violence in Rock Hill, the Freedom Riders arrived at the Columbia, South Carolina, Trailways station on May 10, where he was photographed by the State. The State published an editorial, “Bent on Trouble,” saying the travelers were “seeking trouble” and calling the campaign an invasion and “phony.”

In one of the iconic campaigns of the Civil Rights Era, the Freedom Rides challenged racial segregation in the U.S. South with a series of interstate bus rides by integrated groups. Sumter, South Carolina’s James T. McCain oversaw the campaign as field secretary of the Congress of Racial Equality Freedom Ride (CORE). Later in the journey, Klan members firebombed one bus on the highway near Anniston, Ala. In Birmingham, Ala., Mr. Person and traveling partner Jim Peck were severely beaten by a mob with pipes when they attempted to enter a Whites-only waiting room. After a brief suspension, CORE continued the Freedom Rides, and a massive mob attacked the riders at Montgomery, Ala. After further assaults and jailings of the Freedom Riders in Mississippi throughout the summer, the Kennedy Administration issued regulations enforcing desegregation in interstate travel facilities.

A distinguished student, Mr. Person served in the U.S. Marines for a 20-year career, earning decorations for his tour of service in Vietnam. Mr. Person’s memoir, The Buses are a Comin’, is scheduled for publication in 2021.

In presenting the two veterans with “our city’s single highest honor,” Mayor Benjamin said, “We thank you for your sacrifice. We thank you for telling your story. ... It edifies an entire community, and that’s what we’re here to recognize today.” He added, “We’re standing on the shoulders of folks like you.”

In receiving the city key, Mr. Green said, “That was 67 years ago. It never crossed my mind that it wouldn’t even be thought of again. ... I really appreciate your gift.”

Mr. Person said, “This award ... means an awful lot to me, especially as we approach the sixtieth anniversary. Of that original group that left Washington, D.C., there are only two of us remaining, so it adds a very special meaning. But I think that all the times we spent in the upper South and the Deep South we’ll remember always not so much because of what we did but all the wonderful people we met along the way who assisted us with lodging and food and just good friendship. So for that I am eternally grateful.”

Center Director Donaldson told the veterans “to sit in your presence is powerful and inspirational.” He noted that Mayor Benjamin’s hometown Queens, New York, participated in the 1953 protests against the soldier arrests. The

NAACP branch sent a letter to President Eisenhower, saying, “We protest the action of the city of Columbia, and we strongly urge you to use the facilities of your office to correct this injustice.” He noted, “President Eisenhower did not do that. But we’re fortunate today in 2020 that the city of Columbia and our Mayor are using the office to correct this injustice. And a part of that correction is to tell the history, to document that history, and to make sure that coming generations are informed of that history. So we’re grateful to both of you for bearing witness to what you lived and experienced so we’re now able to tell the public.”

The Mayor’s office mailed the keys to the men following the ceremony.