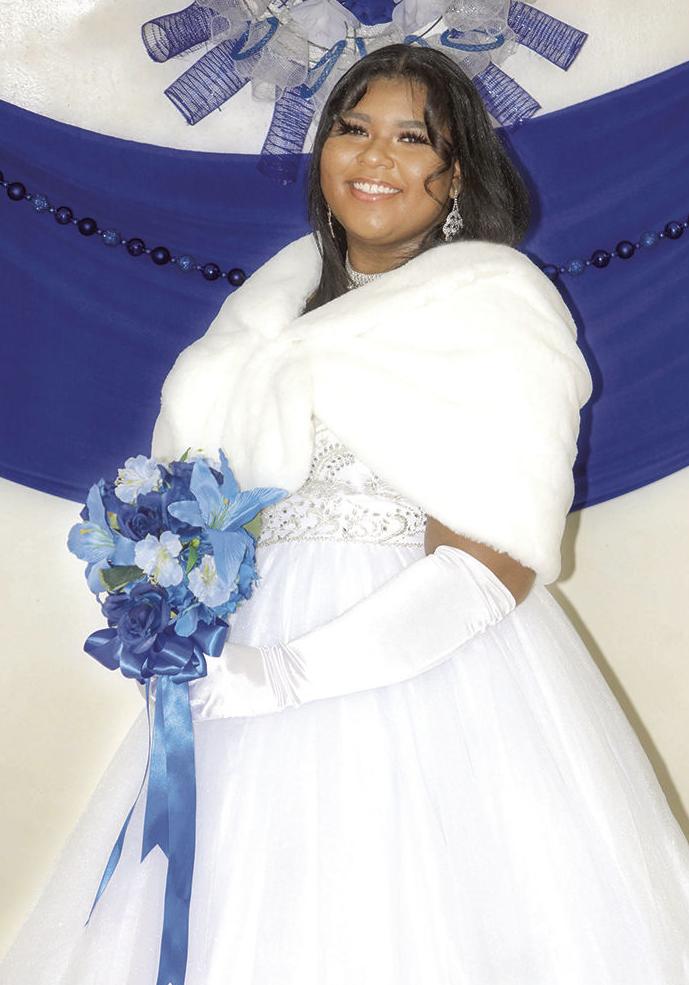 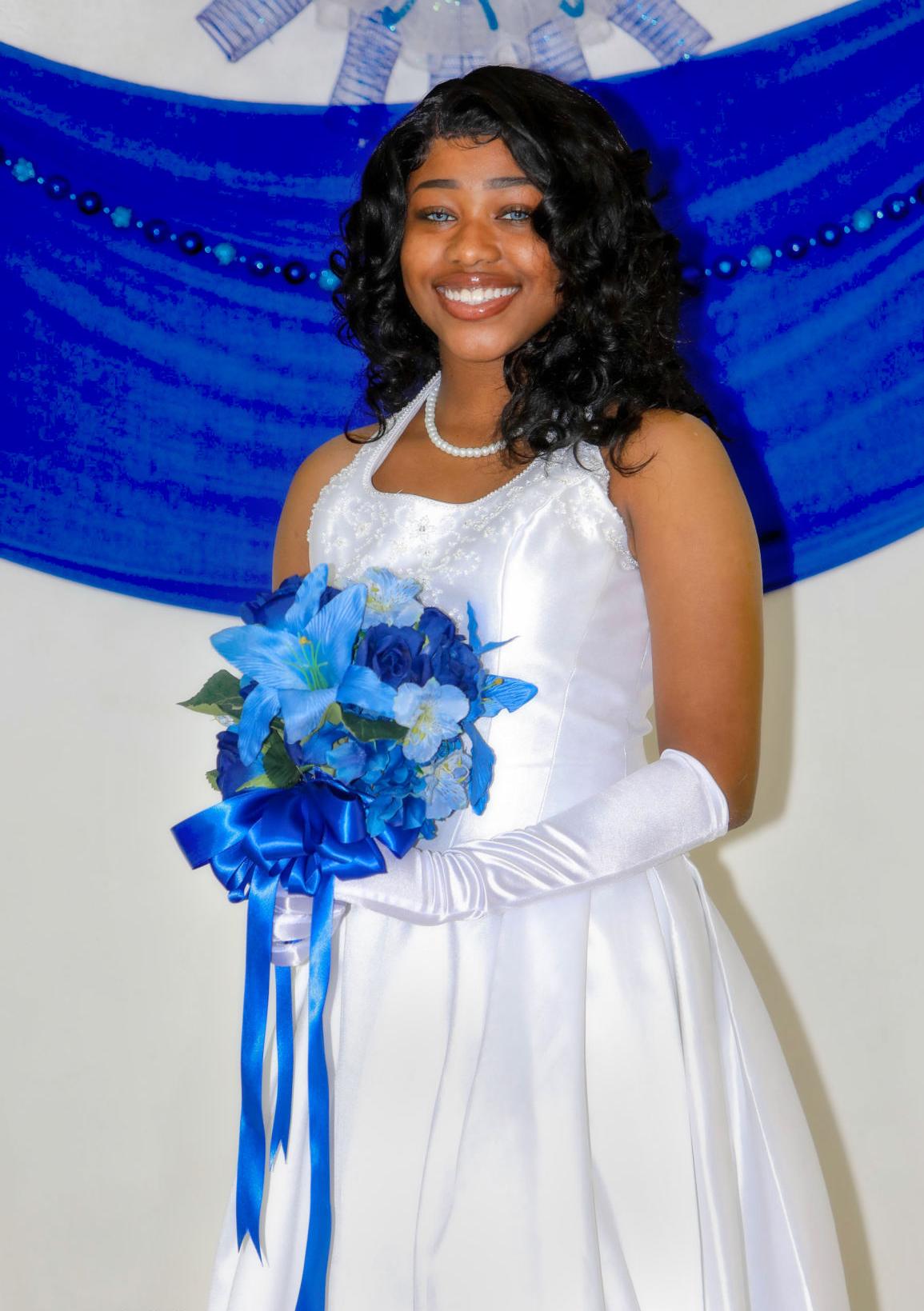 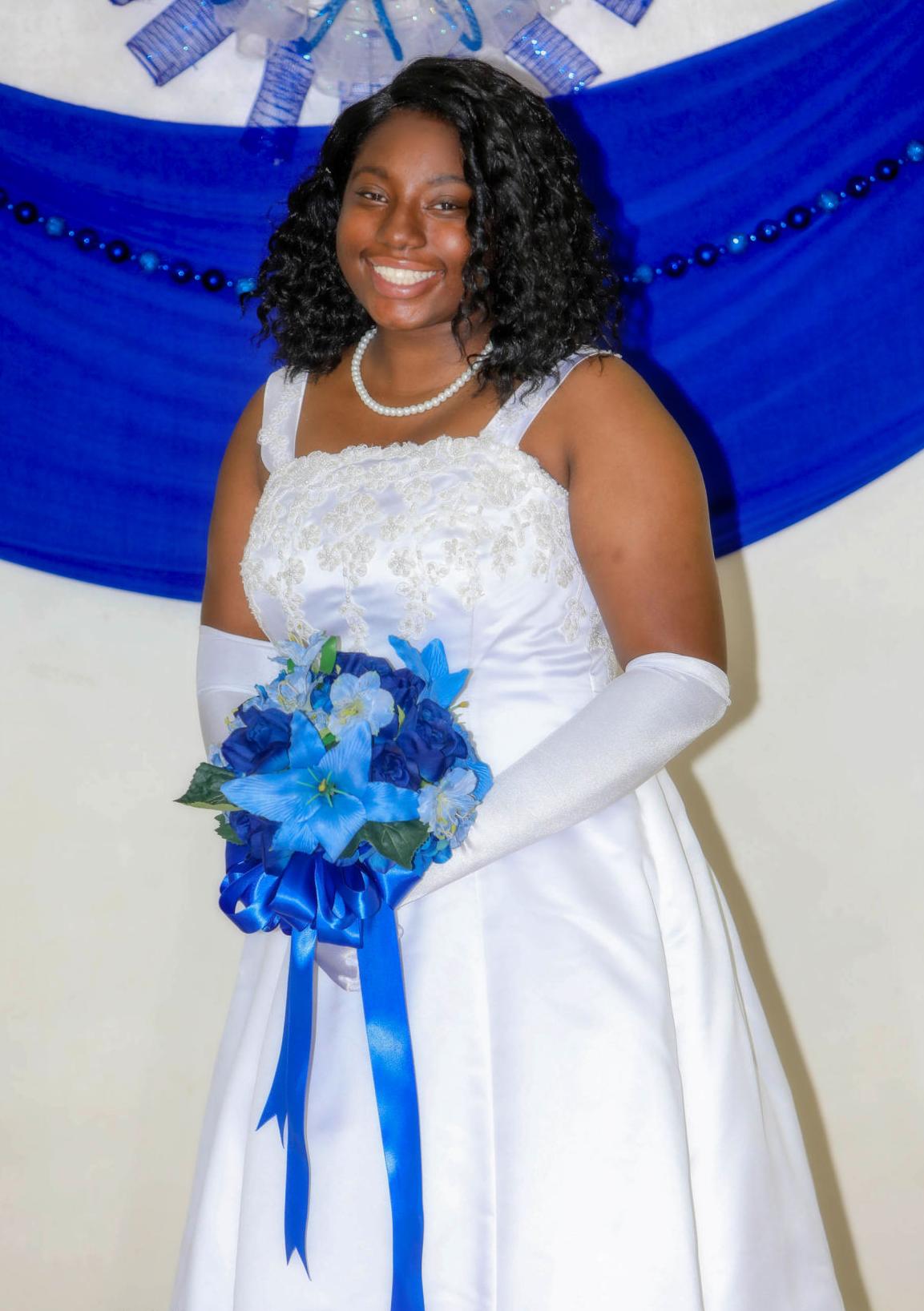 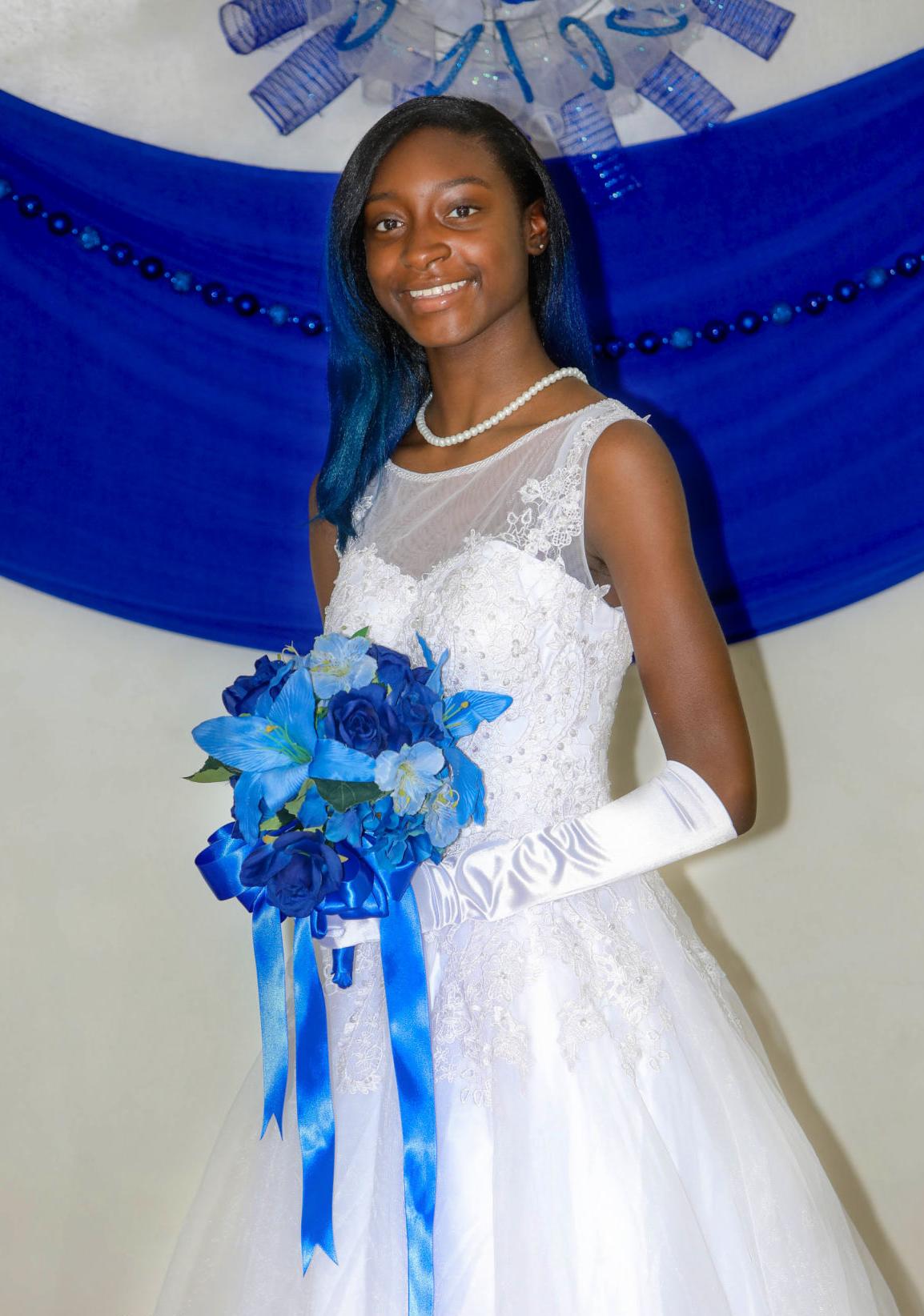 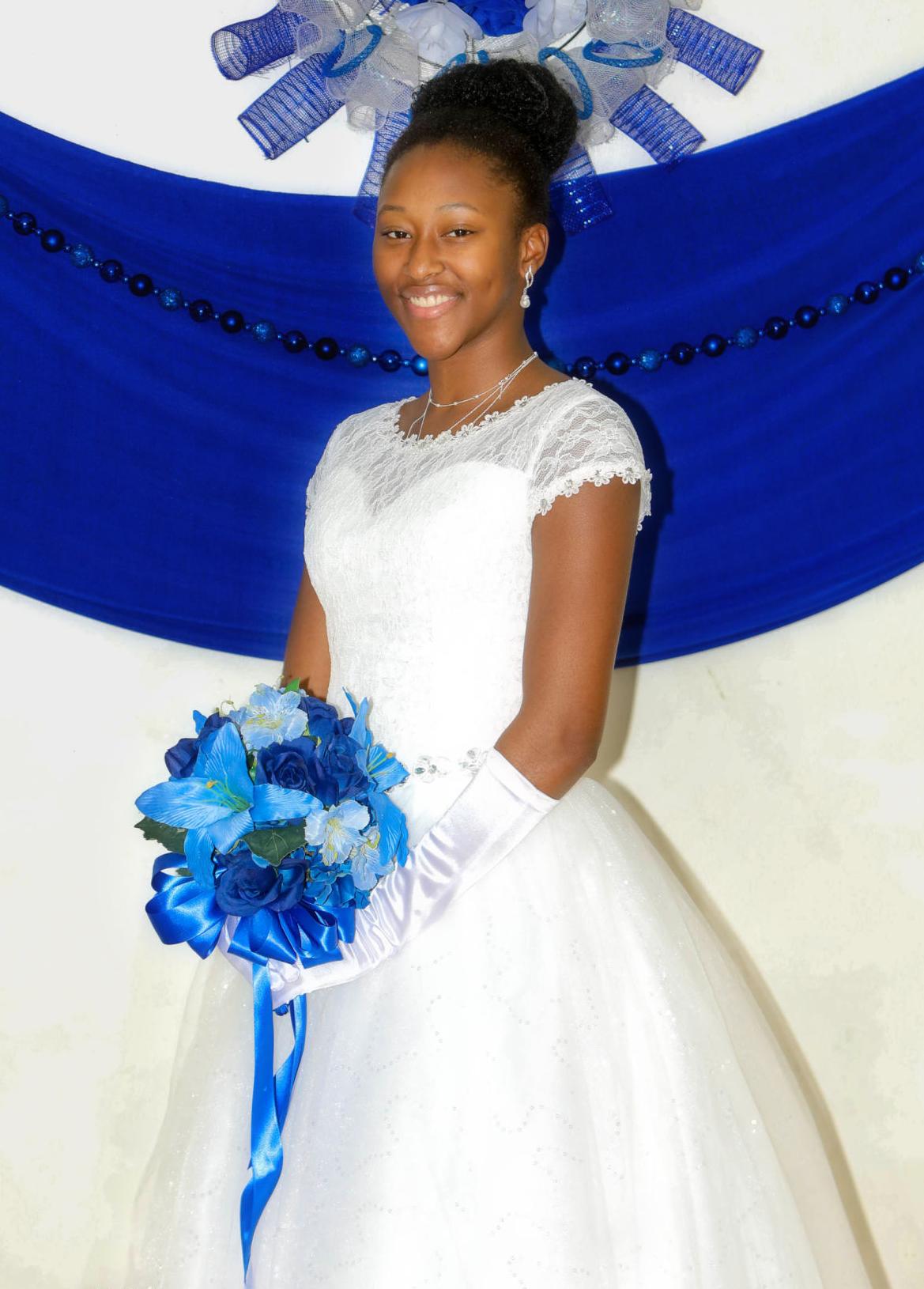 This year’s Blue Revue was particularly special in that 2019 marks the end of a decade and the end of Zeta Phi Beta’s first 100 years. In 2020, the sorority will be celebrating its long awaited centennial and the chapter will be celebrating 80 years of service in the Columbia community. Additionally, this Blue Revue commemorated the lives of two longstanding chapter members, the twenty-second International President Barbara C. Moore, and Mrs. Bessie Pauline Williams.

She is the daughter of Mr. Marc Kimpson and Ms. Michelle Kimpson. She was presented by Mr. Marc Kimpson and escorted by Mr. Donovan Washington. Macy is a high school senior at Blythewood High School. Upon graduating from high school, she plans to attend the University of South Carolina-Beaufort where she will major in nursing. Her career goal is to become a nurse practitioner.

She was presented by Mr. Lavalle Moore and escorted by Mr. Johnathon Brazzell. Kadia is a junior at Irmo High School. She plans to attend University of North Carolina Central where she will major in business. Upon graduating from high school, she plans to get her associate’s degree and her cosmetology license. Her career goal is to be a cosmetologist and own her own business.

She was presented by Mr. Marion Kelly and escorted by Mr. Shandon Kelly. Shayla is a junior at Spring Valley High School. After graduation Shayla plans to attend Coastal Carolina University and earn a degree in psychology.

She was presented by Mr. Darren Seward and escorted by Mr. Joe H. Singleton III. She is a junior at Westwood High School. Upon graduating from high school, she plans to attend Howard University, North Carolina A&T State University or North Carolina Central University where she will major in psychology. Her career goal is to become a psychologist and have her own photography business.

She was presented by Mr. Warren Harden Rogers and escorted by Mr. Warren Jamal Rogers. Meera is a junior at Westwood High School. Upon graduating from high school, she plans to attend college in the state and major in biology. Her career goal is to become an obstetrician gynecologist.

The 2019 Blue Revue Scholarship Cotillion is the culmination of six months of cultural, social, and professional development activities. It was made possible by the support of families, friends, and the community to include the Lower Richland High School Army JROTC. In addition, over 230 sponsors, patrons, local businesses, and organizations provided donations toward the scholarship program.